Role of Iodine from Spirulina

A type of blue-green algae, Spirulina which is consumed by people as a dietary supplement. It contains antioxidants and other nutrients in abundance that benefit body and brain. Known to be rich in vitamins and minerals ,it also contains some varying levels of iodine which is a trace element that is naturally present in certain foods, especially foods that come from the ocean. 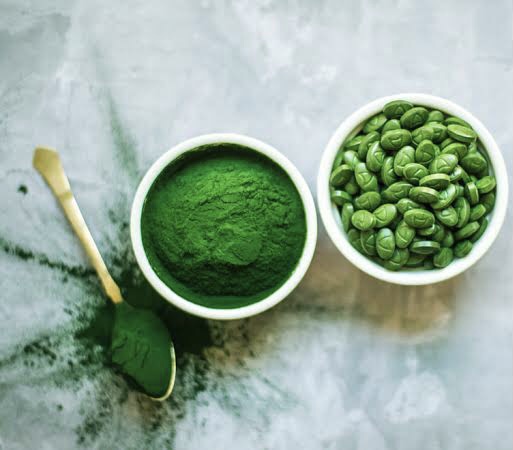 Since it has several minerals, but mostly concerned question is does spirulina contain iodine and what role does it play ?

Expertly, here are the reasons why iodine is present in spirulina.

The content of iodine in spirulina varies widely and can go up to more than 4,500 micrograms.

Iodine plays an essential role in thyroid function , as well as the health of the skeleton and central nervous system. The recommended daily requirement of iodine is 150 micrograms, but the amount you get from spirulina varies. A serving of spirulina can contain from 16 micrograms, or about 10 percent of your daily need, up to over 15,000 micrograms. Too much iodine can cause a goitre and thyroid deficiencies, but an overdose is quite rare. The upper limit for iodine is 1,100 milligrams per day. The impact of too little iodine reaches further. It also affects children, born to mothers with severe iodine deficiency can suffer from stunted growth, severe and irreversible intellectual disabilities, and problems with movement, speech, and hearing. It is true that iodine and iron are the most abundant nutrients present in Spirulina, it also contains small amounts of other minerals and vitamins. The amount of iodine varies significantly and it depends completely on the salt content in the water that is being used for spirulina cultivation.

The body needs iodine in small amounts to function properly. It serves as an essential component of thyroid hormones. Every cell in the body depends upon thyroid hormones for regulation of their metabolism .

Thyroid, which has tiny cells that capture the circulating iodine, takes in and oxidizes it so it can begin to be used to create thyroid hormones that make ensure healthy functioning of the heart, brain, and other organs. The iodine present in spirulina is used by the thyroid gland to produce thyroid hormones to support a healthy metabolism. Low iron, magnesium, B vitamins, or iodine levels can result in unexplained fatigue.

Too much of Spirulina can be harmful,

Excess of iodine is linked to thyroid cancer and hyperthyroidism, which is when your thyroid produces too much hormones.

A typical recommended dose of Spirulina is about 500mg. But the product should only be used after consulting the doctor. It is important to inform the doctor about any medications or supplements in use because certain ones might interact with Spirulina. Some can be contaminated with compounds that are toxic to your body.

Consuming spirulina may cause headaches, allergic reactions, muscle pain, sweating, and insomnia in some cases. People with allergies to seafood, seaweed, and other sea vegetables should avoid taking it. Also, people with autoimmune disease should avoid it because the body overreacts and amplifies the activity of the immune system. This exacerbates the symptoms of a pre-existing disease or gives rise to severe inflammation.