Electric Power and its Classifications

AC current or Alternating current is a voltage or current that changes its direction and magnitude with time. It flows in two directions.

DC current or Direct Current is a voltage or current that is steady and remains constant. It flows in one direction. 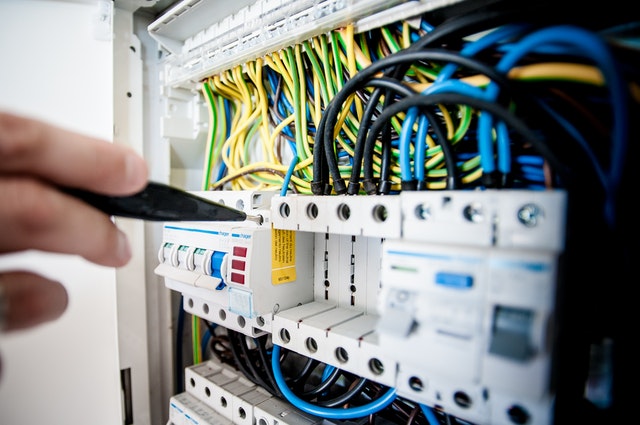 A Power Factor Calculator is a handy tool used for analyzing the Alternating Current. It helps in describing the Real, Reactive, Apparent power in an AC circuit. It helps in finding out the values of different types of power in a circuit.

Real power is a true or actual power that is denoted by P. Real power performs the real work in an electrical circuit and occurs only in the AC circuit. The voltage and current are not fixed in the DC circuit and change simultaneously. All the powers transferred remain active if no phase shift occurs between the two values. Real power does actual work like creating heat, lifting loads, etc. Real power is always measured in Kilowatt (KW) or MW, where 1W = 1V x 1A

Some properties of real power are:

In an electrical grid system, the power flows back from a destination towards the grid resulting from inductive and capacitive loads. Reactive does not appear in DC circuits. It is measured in Kilo volt-ampere or MVAR. Reactive power is associated with reactive components such as the Inductors and the Capacitors and this power oscillates between the components and the source. It is denoted by Q.

Apparent Power is the combination of the Real and Reactive Powers where those two powers are quantified into one power. Apparent Power is also known as a vector sum of P and Q. It is the total power that appears to be transferred between the source and the load. It is measured in Volt-Amps. It is denoted by S.

As the Apparent power is found by the vector sum of Real Power and Reactive Power, we can use a graphical method to represent the three values in the form of a triangle that is called a Power Triangle. Each side angle of the triangle shows one of the three forms of power that is being transmitted in an AC circuit. The arrows of the right triangle represent the Real and Reactive Power whereas the Hypotenuse represents the Apparent Power. By using the Power Triangle we can establish the mathematical relationship between the three values with the help of the Pythagorean Theorem using a Power Factor Calculator. The angle that occurs between the Real Power and the Apparent Power is the circuit’s impedance phase angle.